Today, Ubisoft announced its participation at Indie Arena Booth Online 2021, which takes place during the digital gamescom & devcom event from August 23 to 29. Ubisoft will showcase 7 indie studios from the United States, Canada, Germany and Austria via the Ubisoft Entrepreneurs virtual booth.

From August 23-25 the Indie Studios will get the chance to showcase their projects exclusively to business partners and media. From August 25-29, starting with the end of the Opening Night Live, the virtual booth will be accessible for everyone for free at https://indiearenabooth.de/

Ubisoft Entrepreneurs is an exclusive gateway to Ubisoft’s expertise and local and international networks. Through various programs, Ubisoft Entrepreneurs provides mentorship from internal experts, partnerships with Ubisoft brands and ecosystem, and venture capital. Ubisoft wants to explore with entrepreneurs opportunities that will shape the future of entertainment.

“After the very positive feedback from last year, we are thrilled to have these talented Indie teams with us at one of the largest gaming events in the world to showcase their amazing creations. We hope this will bring them many opportunities to help further move forward with their projects”, says Francis Baillet, VP Corporate Affairs at Ubisoft. “This is precisely what initiatives like Ubisoft Entrepreneurs and our Open Innovation Accelerator program are for, and we are committed to share our experience and bring support to innovative and exciting projects that are created by young talents around the globe.”

Indie Teams from Germany and Austria are part of the Ubisoft Entrepreneurs GSA (Berlin, Düsseldorf, Mainz) initiative. Toukana Interactive with Dorfromantik was the winner of the Indie Camp 2021 while Forbidden Folds with WHALIEN won the Newcomer Award of the Deutsche Entwicklerpreis (German Developer Award) which is sponsored by Ubisoft.

Watcha Games with Sea Raiders and Clever Plays with Operation: Tango both took part in La Caravane Virtuelle – On the Road to International Expansion. This annual event, which runs in Quebec, is set up by Ubisoft, La Guilde du jeu vidéo du Québec and Québec EPIX, with the collaboration of The Chamber of Commerce of Metropolitan Montreal and Investissement Québec International.

Mermaid Heavy Industries and Killjoy Games are, respectively, the 2021 Grand Prize and Special Prize winners of the Ubisoft Indie Series presented by National Bank in Ontario.

Twin Otter Studios from the USA are supported by Ubisoft’s Open Innovation Accelerator which is a brand-new initiative to connect and share development experiences and expertise with whiz kids – young developers with huge potential – and innovative creators in the video game industry. A team of dedicated scouts tries to anticipate the trends and spot innovative new actors in order to forge mutually beneficial partnerships. 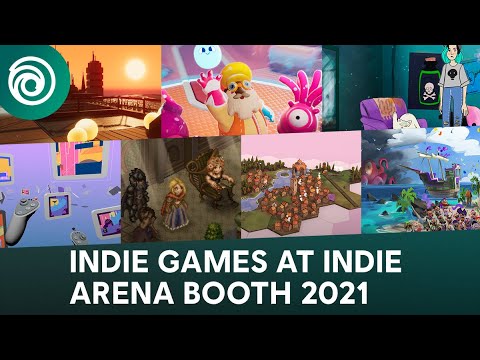 The Open Innovation Accelerator team is a brand-new initiative to connect and share development experiences and expertise with innovative players in the video game industry. The team of dedicated scouts tries to anticipate the trends and spot innovative new actors in order to forge mutually beneficial partnerships. Sharing innovative content stemming from our partners to widen the Ubisoft mindset and help our teams imagine even more creative experiences, we work with indie developers as we believe Ubisoft can learn from these smaller creators to stay ahead of the curve and satisfy our players with best-in-class games.

The Indie Arena Booth, operated by SuperCrowd, is an open home for independent game developers from all over the world. It is a platform for the developers as well as a showcase for the colorful and vivid game scene between Avantgarde and AAA. Starting as a small hand-made exhibition space for indie developers at gamescom in 2013, Indie Arena Booth has since grown to become the place to be at gamescom for hundreds of fresh indie games. Our intention is to give games of all sizes a platform to be presented to the audience of gamescom, supporting local as well as international developers.