Developed by Ubisoft Düsseldorf, Prince of Persia: The Dagger of Time lets two, three or four players team up and work together to solve puzzles and find a way out of a reimagined Fortress of Time. In the story, players are summoned by Kaileena, the Empress of Time. They are asked to help her stop the evil plans of a Magi who is attempting to restore the sands to the Hourglass of Time and create an army of Sand Monsters. To successfully escape the fortress, players must use cooperative teamwork and problem-solving skills to complete objectives, utilizing powers such as time control from the dagger of time.

More information about Ubisoft’s Escape Games including locations can be found at www.ubisoftescapegames.com/the-dagger-of-time/

For the latest news on all Ubisoft games, please visit news.ubisoft.com. 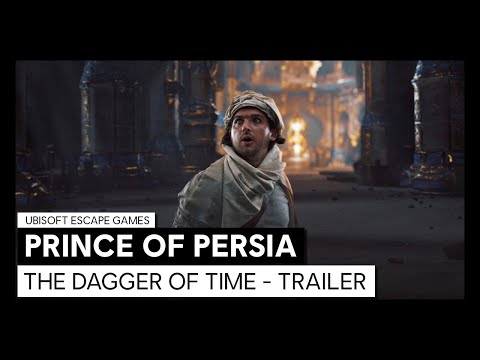 About Ubisoft
Ubisoft is a leading creator, publisher and distributor of interactive entertainment and services, with a rich portfolio of world-renowned brands, including Assassin’s Creed, Far Cry, For Honor, Just Dance, Watch Dogs, Tom Clancy’s video game series including Ghost Recon, Rainbow Six and The Division. The teams throughout Ubisoft’s worldwide network of studios and business offices are committed to delivering original and memorable gaming experiences across all popular platforms, including consoles, mobile phones, tablets and PCs. For the 2019-20 fiscal year, Ubisoft generated net bookings of €1,534 million. To learn more, please visit: www.ubisoftgroup.com.