Today, Ubisoft announced that Anno 1800™, the latest installment in the successful city-building and strategic franchise, is releasing its sixth DLC: Land of Lions, included in the Season Pass 2, on Windows PC. Inviting players to the region of Enbesa, Land of Lions is Anno 1800’s largest content release. Players will experience a wide range of new content including residentials tiers, buildings, gameplay mechanics and more. 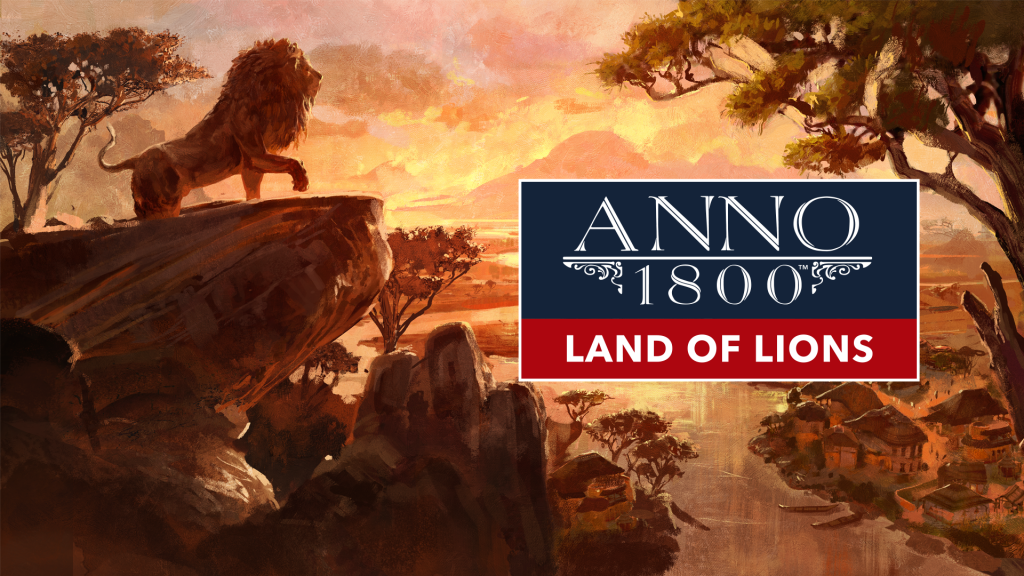 Land of Lions brings an all-new dimension to the world of Anno 1800, inviting players to discover the Eastern-African inspired Enbesa in all its glory. Arid weather conditions bring an entirely new element to the gameplay, the Irrigation system, that will help players tame the unforgiving landscape of Enbesa, alongside the new Research Center that will encourage players to search and craft technologies and items or to make Major Discoveries to help them accomplish their goals. Players will be able to enjoy more than 10 hours of story content, entering the service of Ketema, the Emperor of Enbesa whom will task the player with building his new capital city, fending off foreign influence over his nation and learn more about Enbesa’s rich culture and history. Land of Lions brings new gameplay mechanics, Irrigation and Research Center, 2 new citizen tiers in Enbesa, 1 new citizen tier in the Old World, new production chains such as Hibiscus tea and telephones, 90 new buildings, 3 quests islands, 134 new items and much more.

In addition to the Land of Lions DLC, Anno 1800 will also receive the free for all Game Update 9 which is all about improving player‘s quality-of-life, giving them more relevant information and saving them many clicks along the way. Game Update 9 includes improvements often requested in the Anno Union, such as selecting a destination harbor for ships traveling between sessions, improving trade route menu functionalities and updates to the statistics overview and the newspaper system. 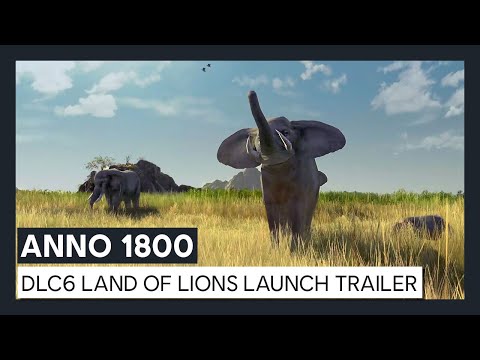 For more than two years, Anno 1800 has invited players to take part in the creation and the development of the game by giving feedback through the Anno Union. So far, more than 250 blogs have been published, 18,000 comments posted and 6 community votes organized. This collaboration between players and the studio enables the development team to shape the game and add requested community features.

Anno 1800 is available digitally on the Ubisoft Store and the Epic Games store for Windows PC. Land of Lions can be purchased as part of the Anno 1800 Season Pass 2 for $24.99 USD or individually for $17.99 USD and is downloadable for players who already own the Season Pass 2. 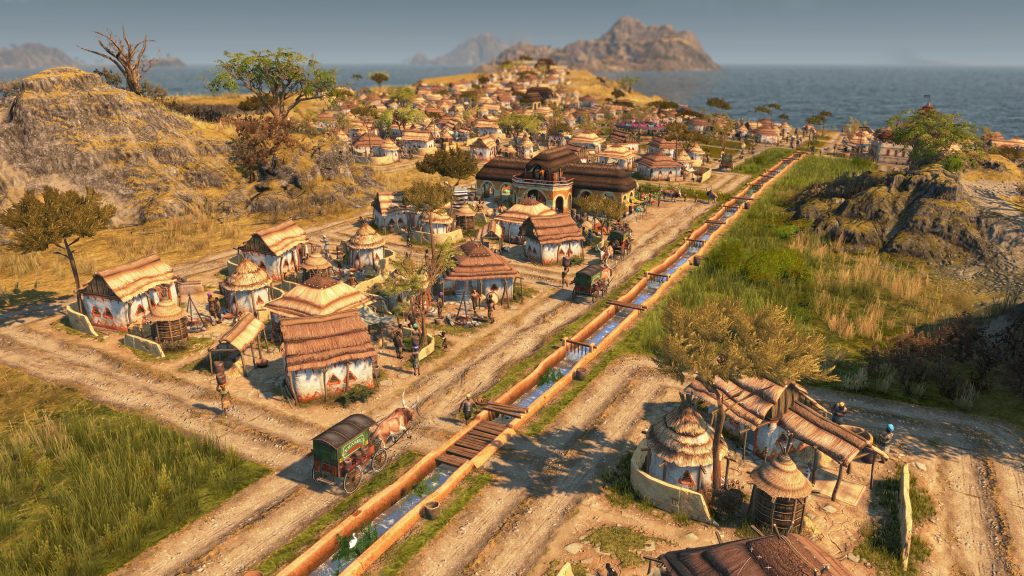 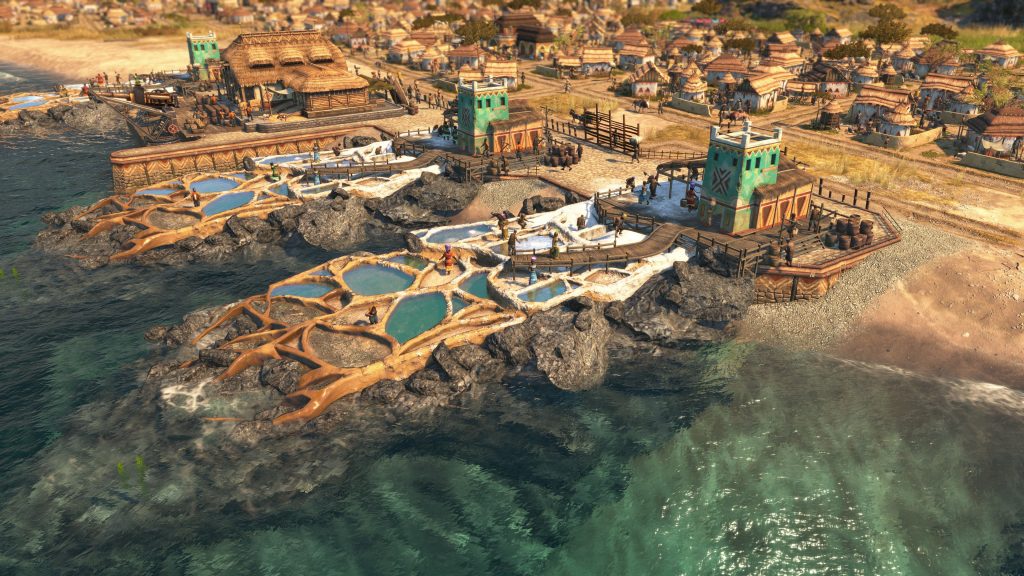 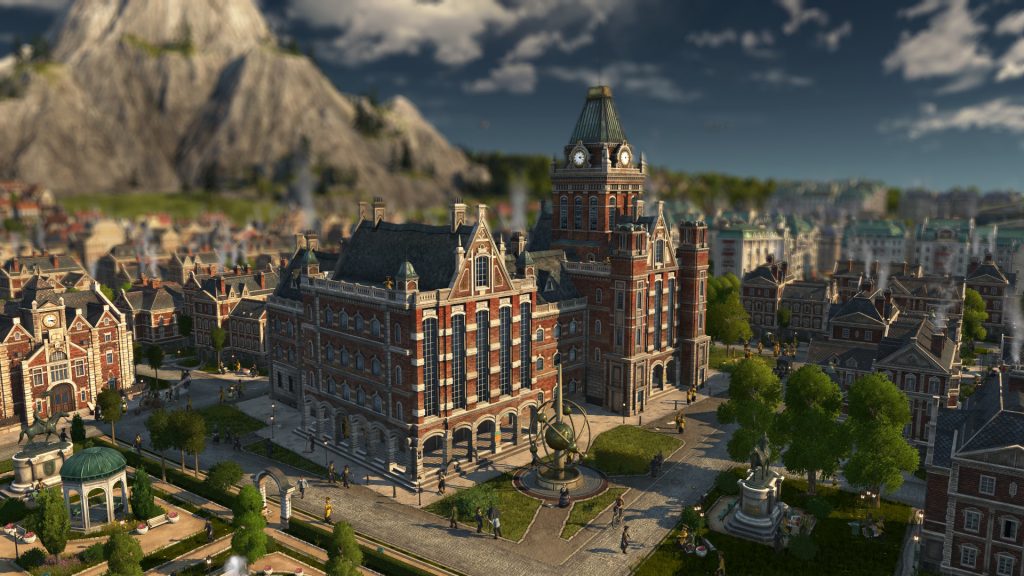 About Ubisoft Mainz:
The teams at Ubisoft Mainz are engineering Ubisoft’s biggest blockbusters. Operating from a historic city in the heartland of Germany, the studio develops genre pushing games like the acclaimed Anno 1800 and lends decades of expertise to AAA co-development projects like Tom Clancy’s Rainbow Six Siege and the upcoming Beyond Good And Evil 2. More information at mainz.ubisoft.com.

About Ubisoft:
Ubisoft is a leading creator, publisher and distributor of interactive entertainment and services, with a rich portfolio of world-renowned brands, including Assassin’s Creed, Just Dance, Tom Clancy’s video game series, Rayman, Far Cry and Watch Dogs. The teams throughout Ubisoft’s worldwide network of studios and business offices are committed to delivering original and memorable gaming experiences across all popular platforms, including consoles, mobile phones, tablets and PCs. For the 2018–19 fiscal year Ubisoft generated Net Bookings of €2,029 million. To learn more, please visit ubisoft.com.